In reference to the weekly ABC Sports television show, Wide World of Sports, the complex was originally known as Disney's Wide World of Sports Complex from 1997 until 2010 when it was re-branded with Disney's ESPN trademark. The rebranding was unveiled on February 25, 2010. 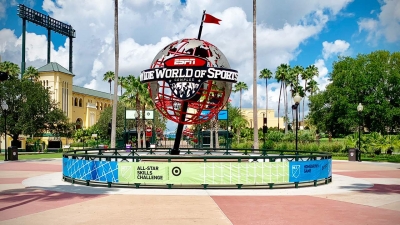 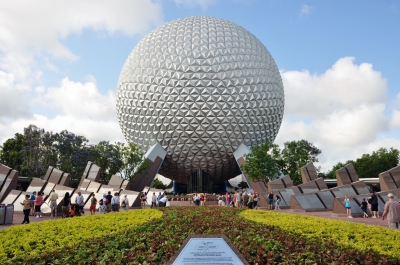 Charlotte Harbor Preserve State Park spans 46,000 acres (18,615 hectares) and is composed of islands and land. The third largest State Park in Florida, it offers plenty of opportunities to hike its trails and paddle in its waters. There’s much wildlife to be observed here, including mangrove forests, marshes, and the pine flatwoods. You can also catch glimpses of birds, manatees, and dolphins, as much of the park is shallow water.

Disney's Hollywood Studios is a theme park at the Walt Disney World Resort in Bay Lake, Florida, near Orlando. It is owned and operated by The Walt Disney Company through its Parks, Experiences and Products division. Based on a concept by Marty Sklar, Randy Bright, and Michael Eisner, the park opened on May 1, 1989, as the Disney-MGM Studios (Theme) Park, and was the third of four theme parks built at Walt Disney World. Spanning 135 acres (55 ha), the park is dedicated to the imagined worlds from film, television, music, and theatre, drawing inspiration from the Golden Age of Hollywood. 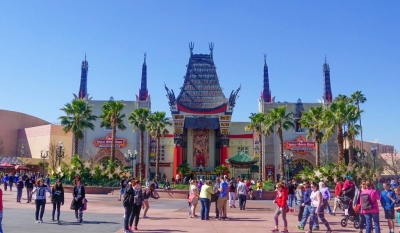 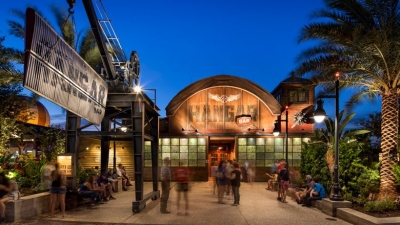 Disney Springs is an outdoor shopping, dining, and entertainment complex at the Walt Disney World Resort in Lake Buena Vista, Florida, near Orlando. The complex opened on March 22, 1975, and has been expanded and renamed over the years.

The Lake Buena Vista Shopping Village, which opened on March 22, 1975, was originally envisioned as an area shopping mall. Two years after its opening, the complex was renamed Walt Disney World Village. With the advent of new management under Michael Eisner in 1984, Disney began looking for ways to keep vacationers on Walt Disney World property longer, and prevent them from leaving for entertainment beyond Disney's borders.

Disney Magic Kingdoms is a freemium video game for iOS, Android and Microsoft Windows developed by Gameloft. It is a world builder game themed off Disney Parks around the world. It was officially launched on 17 March 2016.

The game takes place in the Kingdom, a place primarily based on Disneyland and Magic Kingdom. Mickey Mouse is the protector of the Kingdom. When Maleficent casts an evil spell on the Kingdom, ridding it of all its powerful magic, you have to help it get back, creating your own park. Occasionally, Merlin appears as a guide to advance the story. 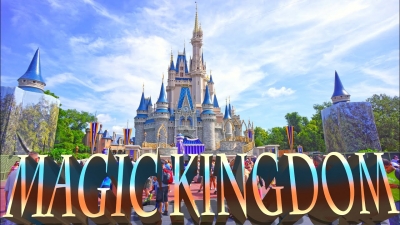 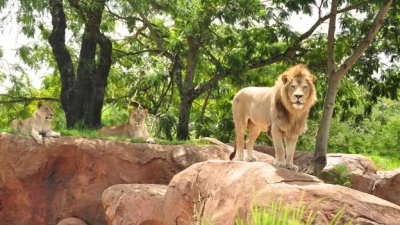 Disney's Animal Kingdom park is a Walt Disney World theme park with daily and nightly attractions and experiences, including Pandora – The World of Avatar.

It is a zoological theme park at the Walt Disney World Resort in Bay Lake, Florida, near Orlando. Owned and operated by The Walt Disney Company through its Parks, Experiences and Products division, it is the largest theme park in the world, covering 580 acres.